Ashaki M. Jackson is a poet and social psychologist residing in Los Angeles. Her poem “An American Paratrooper” appears in [r.kv.r.y. quarterly‘s] April 2014 issue. Noted authors and Ashaki confidants Khadijah Queen (www.khadijahqueen.com) and Kima Jones (www.thenotoriouskima.com) recently pitched a few questions to her about her work – an ongoing reflection on grief, coping, and defunct mortuary rites grounded in her grandmother’s death.

This interview is reposted with permission from the editors of r.kv.r.y. quarterly where it was first published.

Khadijah Queen (KQ) begins a little late but gracefully: Snap! I got distracted by YouTube and middle school homework and cake and hot dogs… ​What distracts you most from your creative work, and how do you overcome said distraction(s) and/or use them to your advantage?

Ashaki Jackson (AJ): This day-to-day thing. I’m responding from bed while deep-conditioning my hair and jotting a To Do list for the next four hours.

Chicken is marinating. Dishes still aren’t going to wash themselves. This basket of clean laundry is giving me the side-eye. It is 5:30 PM.

Being swallowed by the mundane is very comforting to me. My writing revolves around personal loss — mainly that of my grandmother. I still reside in her memory and fold into my grief when I evoke her in poems. The feelings are oppressive even when I write about my broader reflection on loss as I did with An American Paratrooper. Inundating myself with a Big Bang Theory-spring cleaning-pedicure session or reading books in a loud restaurant gives me respite. It gives me spaces to tuck my grief until I’m ready to see it again.

KQ: Talk about the bodied-ness of your poems. How central, tangential, and/or inextricable are the physical and the linguistic?

AJ: I have bodies. Many bodies. Other peoples’ bodies. Loved ones’ bodies.

Sometimes it is the thought of the last state in which I saw a late loved one that pops into my mind.

This is a painful but helpful entry into my drafts. I also spent quite a bit of time studying anthropologists’ articles about mortuary rites. Cecilia McCallum, Ph.D., is a lasting favorite. She documents the care with which certain South American tribe members once treated their deceased family members’ bodies before consuming them.

I learned that mourning isn’t merely psychological; it is a ceremony, a meal, something that lingers on the palate. The language of consumption in relation to the lingering sense of loss underpins many of my pieces—devouring, preservation, and that sense of never being sate. Some of my poems read as if words are falling out of the mouth haphazardly. Others read as if I’m choking on the grief. I’m not able to articulate the craft, but thematically I might refer to it as written keening.

Kima Jones (KJ): Essentially, form is choosing skin, so I want to revisit Khadijah’s question on bodied-ness: Which form, which body do you like to take on most? And for your grandmother?

AJ: My good friend, Noah, mentioned that some of us “like to wear each other’s bodies.” We were speaking about recent travesties — Malaysian Flight 370, MV Sewol in South Korea, the Chibok girls. For all of those bodies lost, families only received apologies from officials — the emptiest gesture. Like gristle.

I think you crave a body — living or dead — particularly when you do not have one.

Bodies are tangible and to be cared for. That care is some kind of ritual.

My work doesn’t have a particular body. Forms are rare in my work. However, I allow my lines to occupy the page in non-traditional ways. One poem is written in the choppiness of a choking cry. In a different piece, the words collide at the bottom of the page – a visual homage to hopelessness in grief. The reader should want to gather words from these pieces, scrape them from the ground, and comfort them.

I spend a good amount of time thinking on my late grandmother’s passing. It aides my coping to wade through the memories, but it also gives me access to a dialect of grief that others might make use of in the future. In my manuscript, I write about her transition in various forms with the same sentiment about the body. She should be home, with us, and cared for. I don’t know if it’s the best I can do to evoke her in my pages as if my manuscript is her portable body. It is a start for me.

KJ: There is always something hiding, even in the uncovering and undoing. I am wondering how Ashaki keeps the secret things hidden during the excavation, the mining of all those graves?

AJ: I’m of the mind that the reader does not need to know me to enter, understand, experience, or relate to the work. Few books would ever be read with this requirement. What I need from the reader: trust. I might not hand you my articulated grief or reveal everything I’ve had to unearth to write a piece, but I’ll share work that will resonate in some way with the reader–that will rub the reader’s bruises just as my ache is continually touched.

KJ: It’s a question I’m turning over more and more in my head in regard to my own heart and my own good feeling, so I ask you, what is the use of the love poem?

AJ: Use of the love poem: praise for a body; idolatry; celebration of the mind’s fire; a method of serenading; to fully taste; to build a word altar to a moment; to sustain a beautiful feeling; to tuck a piece of candy in my pillowcase for later; to be reckless in my selfishness by flaunting; to maintain my warmth; to serve me. 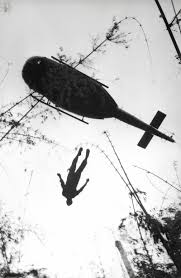 KQ: Truth & honesty– where on the spectrum when dealing with loss/grief do these consciously figure? Are they seeds or threads? Both? How much gives way to metaphor or story or construct?

​AJ: I think Kima’s question about the use of a love poem is relevant here. If I were to write a love poem — let’s say “romantic” in some way — my approach could be seen as dishonest because I haven’t known love. I’d tell you that in the poem. I’m pretty forthcoming with what I don’t know. But, it would still be a decent poem because lies are often the most interesting genre.

When dealing with loss, I am more honest about what I have experienced than what I have not. I think my feelings are evident and even resounding when I write about personal loss because I know its labyrinth. I become the omniscient tour guide. When writing others’ losses: my empathy might seem insufficient. My feelings about documenting grief are still true and perhaps a projection of my mourning. But, I don’t know others’ specific pains, which are rooted in long relationships, family, home, and hopes for the future.

The lyric fills in those hollows. The poem becomes indigenous to its characters — not me. I am honest until my imagination converts a paratrooper’s body being retrieved from Cambodia into a native stork.

Dr. Ashaki M. Jackson is a social psychologist and poet who has worked with post-incarceration youth through research, evaluation and creative arts mentoring for over one decade. She is a Cave Canem and VONA alumna. Her work has appeared or is forthcoming in Prairie Schooner, Rkvry Quarterly and CURA Magazine, among others. Miel Books will publish her chapbook, Language Lesson, in fall 2016. She lives and works in Los Angeles, California.